Holidays in Tuscany: Maremma and Argentario.

The views of Tuscany come in quick succession within few kilometres. From Mount Amiata to the Gulf of Follonica, from Monte Argentario to Isola del Giglio. If you do not visit this area, you will definitely miss one of the most beautiful region in Italy.

The inland territory that stands between Livorno and Grosseto is named Alta Maremma and includes the Colline Metallifere and the Monte Amiata. From Grosseto down to the Monte Argentario, the promontory standing right in front of Isola del Giglio, the territory takes the name of Bassa Maremma.
The reason to visit Maremma is the beauty of its countryside but also its amazing coastline: along the Gulf of Follonica you’ll find some of the most beautiful beaches of central Italy.

Massa. This charming little town located in between Siena and the coast is divided in three districts: Città Vecchia, Città Nuova and Il Borgo. To go from Città Nuova to Città Vecchia you’ll pass across the medieval walls of the old town, under the majestic Arco Senese, that connects the walls to the Torre del Candeliere. Pay a visit to the tower to get a terrific view of the town and its surroundings. 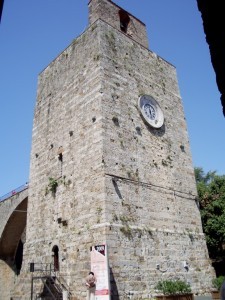 Stop by Piazza Garibaldi, a true jewel, and pay a visit to San Cerbone cathedral; before leaving the town go grab a drink at Le Logge (Piazza Garibaldi, 11) the best café in town hosted in a wonderful 19th century building.

Vetulonia. The town of Vetulonia was originally founded by the Etruscans and hosts an interesting archaeological museum and an archaeological park where you can admire an ancient Etruscan necropolis.

Pitigliano. One of the most suggestive towns of Tuscany is an old fortress with just one road that leads to it: Pitigliano stands on a lonely volcanic mount surrounded on three sides by narrow gorges. Take a walk across its alleys and steep stairs, and pay a visit to Palazzo Orsini, a 13th century castle and the heart of the fortress. The original medieval building has been then expanded by the will of the Orsini family, who ruled over the town, in the 15th century.

Sovana. This little town is known mostly for the Etruscan necropolis discovered recently in its surroundings. The archaeological park is just 1,5km away from the town centre and includes 4 tombs: the most famous are the Winged Demons Tomb and the Ildebranda Tomb.

Grosseto. You’ll hardly find Grosseto on a hit parade of the most beautiful towns of Tuscany, but the town is worth a visit to admire at least its 13th century cathedral and to admire the nearby archaeological park of Roselle. While you’re in Grosseto pay a visit to Rosso e Vino (Piazza Pacciardi, 4), the finest restaurant in town. You won’t easily find finest wines in this part of Tuscany: the restaurant belongs indeed to the same family who runs Le Pupille, one of the most known wineries of Maremma.

Roselle is the name of an ancient Etruscan town whose ruins are still visible today. Part of its elliptical amphitheatre, of its walls, streets and houses are still there along with the remainings of an old abandoned medieval hamlet. The view on the Maremma and on the sea from here is quite evocative.

Orbetello. This seaside resort and its lagoon are the paradise of bird watchers, thanks to a natural reserve that serves as natural habitat for more than 140 species of birds. Its isthmus is indeed part of the natural reserve that includes the promontory of the Argentario, that you can reach easily from here.

A tour of the Gulf 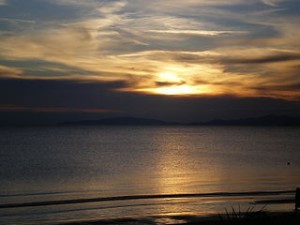 Traveling South then you’ll have to take the Strada delle Collacchie to get to La Polveriera, protected by a wonderful centuries-old pines grove, and Cala Martina.
Keep driving Southward to reach Cala Violina: you can get as far as 2 km away from the beach, then you’ll have to walk, but it will be worth the effort.

The most beautiful beach of the area is also the hardest to reach, Cala Civette, surrounded by wild nature. Follow the Strada delle Collacchie until you reach a pub called Birreria La Tana del Luppolo, from there you’ll have to follow on foot the river Alma for 300 meters, then cross it and walk for another 300 meters across a cliff. Finally you’ll get to the bay, lonely and unspoilt: a treasure just for the brave ones.